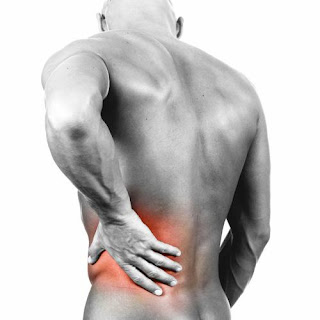 
Arthritis is known by many names—but all of them indicate a condition that can be both painful and debilitating. In some manifestations, it is an autoimmune disorder of the joints, and in other it occurs when the cartilage that lines the joint surfaces wears out. In fact, it comprises over 100 diseases and conditions. Chiropractic has been proven remarkably effective in treating arthritis and its symptoms, both in genetic and non-genetic related forms of arthritis.

How Can Chiropractic Help Arthritis?

Chiropractic for arthritis addresses the practical issue of getting the body to move more freely. Once the body is aligned to move with fewer restrictions, the need for pain-relieving medications lessens, or disappears altogether.

Chiropractic as a regular treatment will also help prevent arthritis, or at least its damaging effects. This form of prevention is probably the most crucial benefit in treating the disease. The lifestyle changes and therapies associated with chiropractic will influence diet, exercise, and maintaining the body’s alignment that practitioners believe will offset health problems that might accompany arthritis. Proper weight and a healthy immune system are both important factors in limiting the devastating effects of all forms of arthritis, especially osteoarthritis and rheumatoid arthritis.

Chiropractic—and the holistic health practices that often accompany it—offers multiple benefits in offsetting the dreaded effects of this disease that can take so many undesirable forms for so many people.

Why use Chiropractic for Arthritis?

The basis for Chiropractic care is centered in the body’s ability to heal itself. By correcting joint and spine dislocations, a chiropractor helps increase range of motion in the body, which assists in movement. Chiropractic and its complementary treatments, which include nutrition and lifestyle choices such as exercise and massage therapy, can be used as a preventive measure in developing arthritis or to help relieve the serious mobility issues. Because Chiropractic focuses on physical manipulation, joints can be directly adjusted in order to reduce pain. In general, the stiffness and pain that can result from various forms of arthritis can be alleviated with chiropractic treatment.

Once arthritis occurs does occur, chiropractic’s use of spinal manipulation can result in the diminishing of pain by assisting the overall physical health, resulting in greater ease of movement and decreased fluid build up in the joints that often accompanies arthritic conditions. The use of massage in chiropractic care can also ease stiffness and encourage movement. The application of heat and cold presses has been shown to ease arthritic pain. The use of electrical stimulation in chiropractic treatment is believed to stimulate pain-inhibiting chemicals in the human body, also known as endorphins, and block the nerve fibers that are responsible for pain.

Using chiropractic instead of prescription medicines for pain relief, or over-the-counter medications such as NSAIDs (Non-Steroidal Anti-Inflammatory Drugs), can reduce the chances of experiencing harmful side effects from long-term use. It offers a non-invasive method of maintaining physical health and addresses such conditions as arthritis in a way that will offer freedom of movement without the deteriorating effects that might come with medication.
Posted by Brad Levine, D.C. No comments: